Karen Sanford / The Prentiss Headlight – State Auditor Stacy Pickering held a press conference on Thursday outside the Surplus Property warehouse in Pearl and in front of trailers and other equipment returned from Bassfield. He announced the sentencing of the final three employees.

PEARL – State Auditor Stacey Pickering announced today that fraudulently obtained equipment from Surplus Property is back in inventory for public use after the last of six current and former Bassfield city employees appeared in Rankin County Circuit Court.

Michael Guest, District Attorney for Rankin and Madison counties, joined Auditor Pickering in a news conference at Surplus Property to announce 10-year sentences to the Mississippi Department of Corrections for the following Bassfield employees:

The 10-year sentence was suspended and they will serve five years of supervised probation.  Additionally, Dewitt has to pay restitution for two items that were not recovered.

“Special agents from our office, along with the staff of Surplus Property and the City of Bassfield, worked in unison to uncover the illegal and fraudulent use of property which is made available for use by local and state governments,” Auditor Pickering said.

“This scam perpetrated by this group was at the expense of taxpayers in Jefferson Davis County and the town of Bassfield,” Auditor Pickering added. “We will continue to hold those that misuse state property or public funds accountable and I appreciate the work of District Attorney Michael Guest for prosecuting these individuals.”

The property is valued at $309,228 and includes multiple boats, laptop computers, travel trailers and heavy equipment. Bassfield employees would come to Surplus Property to purchase equipment for city use but these items were later converted to personal use.

“I appreciate the efforts of State Auditor Stacey Pickering and his staff in helping to recover these items and to prosecute these individuals,” Kevin Upchurch, Executive Director Mississippi Department of Finance and Administration said. “We look forward to getting those items back into the state’s surplus property inventory.”

Surplus Property has the authority to acquire spare goods from federal and state government and make the items available for purchase at a low cost to be utilized by local, state and non-profit entities in Mississippi. 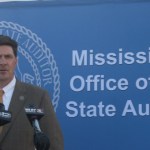 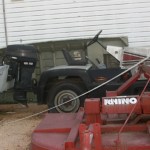 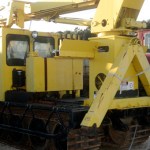 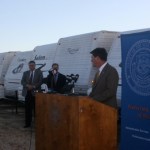 Karen Sanford / The Prentiss Headlight – Pickering acknowledges the investigators who worked on the Bassfield case for nearly two years. 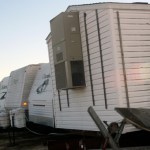 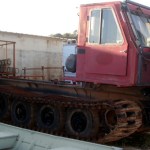 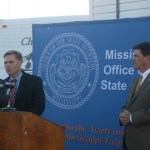 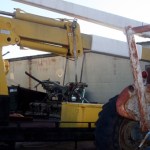