NAACP crowns Mother of the Year

The event is named for Irene Hall Carter, an extraordinary educator and community servant who dedicated her life to teaching the youth of Jefferson Davis County.
Carter was greatly admired in the community, and was well known for telling her students, “My classroom is not Burger King; you can’t pick or choose what you want, you will do it my way!”
As a tribute to her memory, the Annual NAACP Mother of the Year Fund Drive and Banquet shines a light on magnificent mothers in the community who compete to raise funds for this annual event that supports NAACP programs and scholarships.
This year’s winner of the Irene Hall Carter Mother of the Year, Freedom Fund Drive was Gwyndetta J. Edwards Magee, a member of Mt. Zion Missionary Baptist Church in Prentiss.
Runners up in alphabetical order were: Maxine Barnes a member of Shady Grove Church in Silver Creek, Bonita Gray a member of Zion Church of God and Christ in Oakvale, Mamie Harper, a member of Holly Springs CME in Bassfield, and Evonne Rhodes a member of Green Grove Missionary Baptist Church in Prentiss.
Other honorees receiving awards at the banquet were: Chellie Payne, President’s Choice Award; Bertile Price, Irene Carter Award; David Bourne, Wardell Gray Award; Bobby Rushing, Community Service Award.
A newly established scholarship award, named in honor of the late Larry Hudson, went to Bassfield High student Oliviyah Farris and Prentiss High student Roselyn Ragsdale. 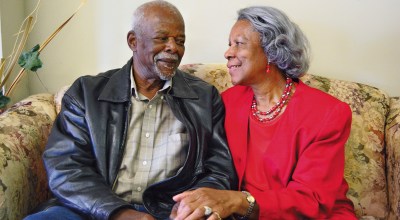