Where Are They Now: Fronce Barnes, Pharm. D

Fronce Barnes, Pharm. D. who is a 2002 graduate and Salutatorian of Bassfield High School lives in Irving, Texas. His parents are Otho Sr. and Dorothy Barnes, retired educators who are still very active in their Bassfield community and Holly Springs CMB Church.

Barnes left Bassfield to attend Xavier University of LA in New Orleans, continued Pharmacy School there on an early entry program and received his Pharmacy doctorate in 2008 with honors.

Barnes states he moved to Dallas, Texas and worked as a Wal-Mart pharmacist but was always interested in opening his own business. His dream was accomplished in 2012 when the opportunity arose and he opened his own compounding pharmacy in Mesquite, TX at just 28 years old.

“I make medications tailoring them especially to the individual patient. I put medications in lollypops and flavored candy for kids, specialized eye drops and many other one of a kind medication compounds. My favorite part of the job is that I do something different every day and provide options not available elsewhere.”

Dr. Barnes has been back to JDC to speak to groups for his mom relating to medications and treatment of cancer patients. He has educated groups including advice on naturalistic medications alternatives dealing with side effects of cancer treatments.

“Our parents pushed us to make As and Bs and if we didn’t we got in trouble,” states Barnes. “Once I made all A’s and from then on they expected it from me. They just wanted me to do the best I could.”

Besides his parents Barnes states Bassfield teacher Carolyn Hathorn had a great influence on his education. “She always pushed me to do my best always challenging me to do better than I did. Robert Frost’s poem, The Road Not Taken, was her favorite and taking a road not followed by most is what I did in specializing in compounding pharmacy.”

Barnes remembers with fondness is growing up days in JDC stating he fished and hunted, played sports and was involved in the Beta Club and enjoyed being the school photographer but really focused on academics. He states he was involved in church activities since he was a little boy at Holly Springs CMB doing speeches, singing in the choir and stated, “almost every event our parents had us involved.” 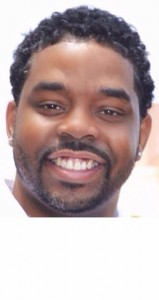 The thing he states he misses most about JDC is the culture. “The closeness everyone had with everyone knowing everyone is more personable than where I live now. This life keeps me busy but I try to get back and keep in touch with friends and classmates.”

The best advice Dr. Fronce Barnes says he could give to students in the county seeking their dreams is, “No isn’t an option. Never take ‘no’ for an answer. Think outside the box and do something not everyone is doing.”