“If the Lord lets me get through this year, it will be my last.” That has been the statement Danny Sinclair has made at the beginning of several school years but “his last” has not come yet.

Sinclair, a 1968 graduate of Prentiss High School, began his 43rd year of teaching in the 2014-15 school session. He states he has actually spent 46 years on the high school campus either as a student, teacher, administrator or part-time teacher.

Graduating from Jones Jr. College in 1970 Sinclair went on to Mississippi State for his BS degree and Masters of Agriculture. He completed his Education Specialist Degree in 1981.

His first teaching job was at Ethel High School in Attala County where he taught Agriculture I, II & III as well as Occupation Orientation. In 1980 he moved home to Jeff Davis County where he grew up and has been here since teaching at PHS.

Sinclair taught Agriculture I & II but in 2005 he took the position of Assistant Principal. He retired in 2007 but was asked to come back part-time and teach Introduction to Agricultural Science and Agriculture & Natural Resources. 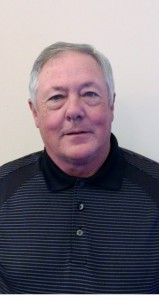 When asked what he likes most about teaching Sinclair gets a smile on his tanned face and a light in his eyes and begins to talk about his students.

“The best thing I like about teaching is seeing students achieve,” he states. “Some have gone on and gotten degrees in veterinary science, animal science and poultry science and other related fields. Many of my students have gone on to be successful in cattle raising and some as welders.” (another class he taught)

Sinclair has had former students contact him and express how they appreciated his classes and wished they had paid more attention and learned more of what he taught. One student he mentions, Jamisha Showers, now in California working in a veterinarian office, wrote him a letter stating what she learned in his classes helped her to know the answer to questions asked in college classes that other students didn’t know.

Another student, Greg Speights, now an engineer for Coca Cola in Atlanta, was asked how he learned his public speaking skills so well. Sinclair says proudly Speights won the state public speaking competition in Ag.

“When walking in Dorman Hall at MS State I got a surprise,” states Sinclair. “I saw the name Dr. Alan Blaine, State Agronomist, over the door. He was one of my students at Ethel! I didn’t know he had the position until I saw his name over the door.”

As he has had an influence on his students so did his agriculture teacher have an influence on him. Sinclair says his Ag. teacher, Benny Robbins was very instrumental in hi decision to be an Ag. teacher stating he got Sinclair started showing cattle in high school and while Sinclair was teaching in Attala County Robbins was his district supervisor. Sinclair also gives credit to R. L. Caves, his Ag. teacher at Jones Jr. College, for encouraging him to pursue a 4-year degree.

“I enjoyed my career and wouldn’t do anything different if I had to start over,” states Sinclair. “If the Lord lets me get through this year it will be my last.”

With a dedicated teacher like Sinclair we hope each year continues not to be his last.

Where Are They Now Kenneth Gatlin, Ed. D