Where Are They Now Kenneth Gatlin, Ed. D

1987 Prentiss High School graduate Kenneth Gatlin recently received his Doctorate in Education from Argosy University. Gatlin did his undergraduate work at Park University, Michigan and received his Masters Degree from Central Michigan University before pursuing his doctorate at Argosy.

Gatlin states he left Prentiss after high school graduation to begin his career at the U.S. Marine Corps. with Boot Camp at Paris Island and then served three years in Hawaii before transfer to South Carolina in ’91-94.

Afterwards he served in Washington, DC, at the Pentagon until 1997. From there he went back to Hawaii leaving in 2001 for Santiago, CA and then to Japan.

During his military career Gatlin went to war in Kuwait/Iraq and then Iraq and was awarded combat decoration.

In 2006 Gatlin was back in Hawaii and after 22 years of active duty he retired in 2009 with the rank of Gunnery Sergeant E7.

Gatlin gives credit to the Marine Corps for shaping his character and providing him with skills and discipline that prepared him to seek his doctorate but he has not forgotten his Jeff Davis County roots.

“One of my favorite memories was a sense of safety I had there,” states Gatlin. “I traveled a lot between Prentiss and Chicago where family lived and never felt safe in Chicago but I will always remember being able to leave the front door unlocked at home in Prentiss.”

His favorite activities in JDC were PHS band drum major and fishing.

Though he says he was not the best student academically or behaviorally he remembers well a statement his teacher Patricia Gray would make to him when he was acting up. “Kenny Ray,” she would say, “ you have no idea how great you are.”

“It made no sense to me at the time,” muses Gatlin, “but I have carried Ms. Gray’s statement with me all these years and when I completed an accomplishment that surprised me I would think of what she said. She had confidence in me when I didn’t have confidence in myself. I will always be grateful to her for that.”

Gatlin states when he left Prentiss he didn’t have a big plan but knew he wanted to follow the course set by some of his classmates such as Johnny Donaldson, (Dr.) Benny Brown, Bridget Hartzog and Sylvia Moore and others he looked up to–to be somebody.

Dr. Gatlin now works as Coordinator for the Supportive Services For Veteran Families in Hawaii where he has remained since military retirement helping homeless vets and those who are in threat of being homeless find shelter.

“When I am able to get a veteran in a home sometimes it still surprises me at what I have accomplished.”

“I want to say thanks to the graduating Class of 1987 for motivating me to do my best,” states Gatlin.

“I looked up to you and wanted to be like you; I achieved my best watching you achieve your best.”

Dr. Kenneth Gatlin has a son, Kenneth Gatlin II, who is a senior at the University of South Florida working on a degree in sociology. He last visited his family in Jefferson Davis County about three years ago and states Prentiss seemed quieter than he remembered. He has a brother, Walter, cousins and aunts and uncles who still live in Jeff Davis County and plans to visit in the future. 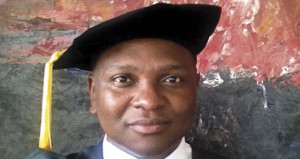 When he visits again Gatlin hopes to have the opportunity to encourage JDC youth by telling his story and emphasizes to appreciate the education provided in school and use the assets they are given by their hometown.

In addition, to those young people searching for their way, Gatlin says, “The small town of Prentiss does create greatness. We keep ourselves confined in a small box sometimes but how big is this world!

Don’t think you have to stay in the confines of Jeff Davis County. Reach out beyond and then give back!”

Residents in Jeff Davis County may vote absentee on Saturdays beginning September 20. On the ballot this year will be... read more