Those who trudge to your jobs on a daily basis faithfully executing the particulars at your workplace–this is your day.

The US Department of Labor website describes Labor Day as a national holiday celebrated on the first Monday in September as a tribute to the social and economic achievements of the American worker.

The holiday often marked the opening of the new school session, although school starting times now vary. In fashion styles it was the last time to wear summer white and that has also changed. Labor Day is now celebrated more as a day of rest from work and many use it for the last long weekend trip of the summer. 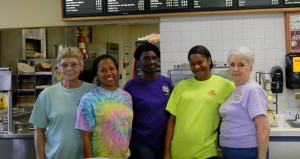 Promoted by labor unions Labor Day became an official national holiday in 1894. It was suggested to be celebrated with a street parade to show the” strength and spirit of labor organizations” followed by a festival for the workers and their families and later incorporated speeches by prominent leaders. However, now most towns as ours just let it be a day off for its employees with many business closures for the day.

From health care to garbage pickup the American worker makes this nation function and is the backbone for our independence and key to its strength, prosperity and well being.

So, we salute you, our local American workers, in whatever capacity you toil, and give you thanks for your labors. 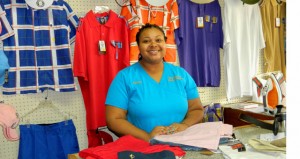 Shirley Burnham / The Prentiss Headlight—Retail sales make up more than 24 per cent of the American workforce. Gladys’ Beauty Supply. 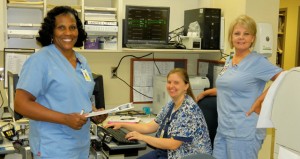 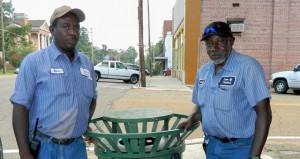 Shirley Burnham / The Prentiss Headlight—City Workers Donta Sands and Daniel Rhodes are among the workforce we depend on for maintenance of Prentiss.

Shirley Burnham / THe Prentiss Headlight—Dedication of “Katie’s Trail” at the New Walden Writers Retreat for the Environment & Arts.... read more