Dedrick Parker is the new band director at Bassfield High School for the 2014-15 school session.

A graduate of Jackson State, Parker completed his student teaching and internship at BHS working with the percussion section giving him the advantage of familiarity with the school, students, faculty and band program. 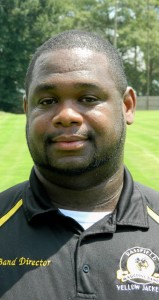 Few husbands can step into the career role of their wives but it has been no problem for Parker.

After his wife, former BHS band director Latoya Bradley was offered a teaching position in Brookhaven,  Parker stepped into her position as band director at Bassfield High.

Parker’s life has seen a lot of changes recently with his marriage, the birth of Dedrick Parker, III and his career change but he states he is up to the challenge.

He states most of last year’s graduating seniors who were band members followed career paths into the military but he expects to prepare those who wish to attend to college for the advantages of band scholarships.

“We will go to the junior college band clinics and meet band directors and staff to open doors for students to be invited back for scholarships,” states Parker.

“Parental involvement is essential to keep kids encouraged to do their best,” explains Parker. “Band Booster parents are a great asset to the program and we need parents to give encouragement to all the kids of what they can be and do. Tell them that it may be hard but it’s not impossible to achieve their dreams.” 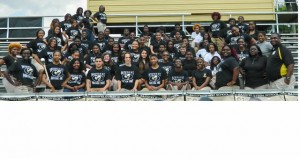