Where Are They Now: William Lee

William Lee is a 1974 graduate of Prentiss High School. The last 38 years he has lived in Pascagoula, MS and spent most of those working at the Singing River Health Care Facility (hospital) as a computer programmer.

Lee states he started out as a third shift computer operator with on the job training. His own drive for more knowledge kept him learning about his chosen field

“It’s been a good career and I enjoyed working at Singing River. I look back and wonder ‘where have the years gone.’ I put in a lot of hard work to get where I am today and I feel I can be proud of what I’ve done there,” states Lee.

Lee retired from Singing River in 2013 and is pursuing his other life long interest.

“On a field trip to Vicksburg I brought a Kodak Instamatic Camera and took pictures. That was 45 years ago and I haven’t stopped since,” says Lee.

Lee states he was involved in the 4-H Club’s Photography Club that met once a week and is grateful to Jewel Brinson then editor of the Prentiss Headlight who was a mentor to the group even letting them use the dark room at the paper. “I’ve done dark room work since,” states Lee. “Of course, then it was not like now where you can take 3,000 digital photos and choose to develop one. Then you developed 12, 24 and 36 film and the price you paid was a big motivator to learn how to take good pictures and not have many that that didn’t turn out well.” That was one motivator that spurred Lee to continue self-studies learning techniques and camera equipment developing and fine-tuning his skills up to the amazing photos he shoots now. 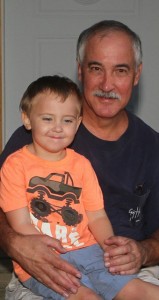 “I’m grateful for people like Jewel Brinson who took an interest in us as kids and gave their time to help us out,” states Lee, “and those who led our youth group at Whitesand Baptist Church where many of us my age went. It is no telling where some of us might be if it was not for those people. We were a force to be reckoned with,” he muses, “but we turned out pretty good. As far as I know none of us went to jail.”

Lee remembers with fondness his time spent on the family farm in Jeff Davis County. He was not involved in a lot of school sports but enjoyed hunting small game.

“It was unusual then for someone to kill a deer in the county. They were rare then. We mostly hunted squirrel and rabbit. Granny Eula Lee would cook them up for us. While Mom and Dad worked Granny would never said no to anything we wanted to do. She would just say, ‘let me get the dishes done and we’ll go.’ I want to be that kind of grandparent to my grandkids.”

Spending time with his six grandchildren is Lee’s other retirement “job” and he loves making memories with them that he hopes will last as his have.

Lee brought some of his photos to Run for the Roses Flea Market in Prentiss this year and plans to be at the Birthday Challenge Flea Market Nov. 8th in Prentiss. His friends on his Face Book page can see beautiful Pascagoula sunrises he posts every morning with a quote for the day. Lee also posts on sites including Wild Bird, Wildlife, Nature Photography, My Eye Through The Camera Lens and Show Me Your Mississippi.

William Lee is the son of (the late) Charles Ray Lee and Juanita Lee who is a familiar face at the Prentiss Library. His daughters are Mary Kathryn Lee, Lauren Russell, and Melissa Lee Tolbert. Grandchildren are Gage, Noah, McKenna, Trent, Charlie and Caroline.