Funeral services were held for Mr. Kenneth Wayne Holloway on Thursday, October 9, 2014, at Chancellor Funeral Home in Byram, MS. Mr. Holloway passed away October 6 at UMC in Jackson at the age of 81. Interment followed at Lakewood South Cemetery. 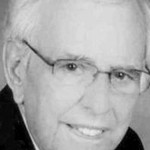 Mr. Holloway was born in Jefferson Davis County, MS, to the late Curtis Monroe Holloway and Bernice Loftin Holloway. He was a Veteran of the U.S. Army during the Korean Conflict.
After retiring from The Singer Company with 25 years of service, he began a second career as a jeweler. In 1985, Mr. Holloway began Holloway Jewelers. He was an avid sportsman, loving the outdoors and playing golf. Ken enjoyed playing basketball in high school. He later became an avid spectator of anything that bounced or rolled!
After his retirement, Ken enjoyed traveling with his wife, siblings and their spouses and Purpose Driven Tours. He was a man with an outgoing personality, one who never met a stranger. Ken had a very benevolent heart, offering both financial and uplifting support to many. He was a member of First Baptist Church Byram and former member and deacon of Woodville Heights Baptist Church and Country Woods Baptist Church.
Survivors include his wife, Elaine Greenwaldt Holloway of Jackson; sons, Glen Holloway of Montgomery, AL, Keith (Pat) Holloway of Terry and step-son Mike (Lisa) Greenwaldt of Baton Rouge, LA; brothers, Homer (Pat) Holloway of Prentiss and J.L (Diane) Holloway of Ridgeland; sisters, Shirley (James) Lee of Long Beach and Jackie (Billy) Hansen also of Long Beach; six grandchildren; five great-grandchildren.
He is preceded in death by his stepson, Alan Greenwaldt.
Memorials may be made to First Baptist Church Byram or The Gideons International.