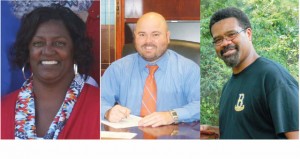 The Prentiss Headlight—Kelley Ross Brown has been elected Tax Assessor/Collector for Jefferson Davis County. There will be a run-off between John Daley and Will Russell for the Superintendent’s position.

Kelley Ross Brown has been elected Jefferson Davis County Tax Assessor.  Brown defeated Janice Bates 2696 votes to 926. Brown received 74% of the votes to Bates’ 26%. Brown will be filling the vacancy due to the untimely death of the previous tax assessor/collector, Sue Shivers Worthy.

There will be a run-off election between John Daley and Will Russell to fill the position of Jefferson Davis Co. Superintendent. This position was left vacant by the previous superintendent, Ike Haynes.

According to Circuit Clerk Clint Langley, voter turnout was  better than expected with around 3746 of the registered voters casting ballots.

In the superintendent’s race, Daley received 32% of the votes to Russell’s 21%.

Von Norwood will continue to be the District 5 School Board member defeating Charline C. Browning 461 votes to 152.

The run-off election will be held Tuesday,  November 25.