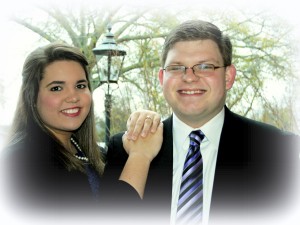 Emily has lived in Prentiss all her life and graduated from A Beka Academy Accredited Homeschool Program. She attended Jones Junior College for two years where she was nominated for Who’s Who and was actively involved in the Jones County Junior College Concert Choir, JC Voices, and the Baptist Student Union. Emily presently is a junior at William Carey University majoring in Mathematics.

The couple will exchange vows the seventh of March, two-thousand and fifteen at two o’clock in the afternoon at Prentiss Baptist Church in Prentiss, Mississippi. Friends of the family are invited to attend.