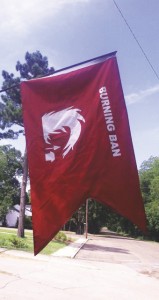 According to Prentiss Fire Chief Howard Kelly, Jefferson Davis County has been under a burn ban since February 12, 2015, that will end midnight February 19, 2015. Any person who knowingly and willfully violates a burning ban is guilty of a misdemeanor and may be fined not less than $100 and not more than $500. Section 49-19-351 of MS Code of 1972, as amended.

Holley Cochran / The Prentiss Headlight—Sophia Mason and Davis Honea enjoy the sunshine and swings while they can. The Early... read more