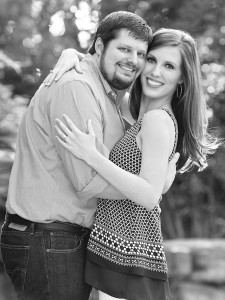 She is employed as a speech-language pathologist at The DuBard School for Language Disorders at The University of Southern Mississippi.

He is currently completing his fourth year of medical school at the American University of Integrative Sciences, Sint Maarten School of Medicine.

The couple will exchange vows July 25, 2015, in Hattiesburg, Mississippi.