Where Are They Now: Kathryn Terrell Purcell 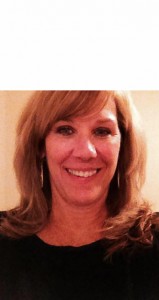 The Prentiss Headlight—Kathryn Terrell Purcell of Little Rock, AR, is a 1971 graduate of Prentiss High School.

Kathryn Terrell Purcell has fond memories of living in Prentiss. Her father, Kenneth was a local doctor and had grown up only a few houses down

from their home. They lived across from Prentiss High School and with two sisters, Marilyn (Beasley) and Ellen mom Elsie contended with a house full of girls. Special friends included Nona Dale (Lee), Olivia Williams (Farish), Beth Livingston (Ballard and Tina Speed (Chapman) and many others came through those home doors.

Purcell states, “We were a close knit group and sometimes we would drive to Jeff Davis Lake, and cook breakfast over an open campfire. We rode our bikes everywhere. It was a great innocent time.” She says Face Book has been a great way to keep in touch with her Prentiss friends.

Being a part of the PHS band with friends marching in Christmas parades as a majorette tops the list of fond memories and elementary and high schoolteachers made an impression.

“I well remember 4th grade elementary with Ms. Tyrone who made learning fun and we never got bored in her class. We had weekly contests to compete for row of the week. She was a teacher who really kept us engaged. When our house burned the high school principal, Mr. Hussman, allowed some high school boys to come over and help move out furniture,” states Purcell. “That wouldn’t happen now.”

In high school Purcell says Jean Livingston’s math classes stand out but her favorite teacher was her piano teacher, Neva Thompson. “She taught me so much and when I was in high school we would play duets in church together and I played the piano at Prentiss Methodist for night services.”

“Kirby Thompson was a close family friend and while he was a legislator he asked me to be a page in the House of Representatives,” said Purcell. “That was a great experience.”

After graduation in 1971 Purcell attended Ole Miss but after her father’s heart attack she moved back to Prentiss. While in Hattiesburg she met her husband George Purcell of Tylertown. They married a year later and moved to New Orleans where he worked for the Federal Land Bank and she worked with a Maritime law firm.

“It was a great job and I learned a lot getting to observe court proceedings and doing some paralegal work.”

George Purcell’s career has carried them into several other places in the MS delta for 27 years and the last five years in Little Rock, AR.

The couple has two sons, Clay of Madison and Grant of Eagle, CO. Two grandchildren, Clayton age 4 and Kilby age 2 who pleasantly occupy Purcell’s time along with favorite pastimes of traveling, boating and DIY home and gardening activities.

While in Ruleville she was actively involved in the Mid-Delta Arts Association Community Theater both performing on stage and helping with costume construction.

Her new passion is machine embroidery sewing and she stays actively involved in a community Bible study as well as is caregiver for her sister Ellen who is in a Ruleville nursing facility. 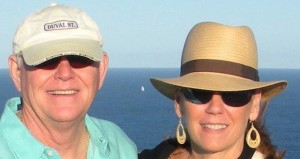 The Prentiss Headlight—Kathryn Terrell Purcell and her husband George enjoy pasttimes of traveling and boating.