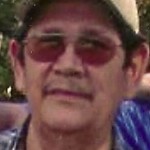 Robert was born October 23, 1944, in New Orleans, LA. He was the son of Clarence Horning and Zoila Ballestas. He worked for 45 years as a meat cutter in a number of stores from New Orleans, LA, Brookhaven, MS, Prentiss, MS, and Magee, MS. His passions in life were being a good husband to Louise, singing and sharing his love of the Lord whenever he met you.

He was preceded in death by his parents.

Funeral services were held at Saulters Moore Chapel on Monday, July 27, 2015, for Diane Price Whitfield who passed away... read more