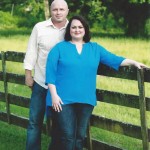 Katie grew up in Carson and attended Bassfield High School. She is a graduate of Jones County Junior College and The University of Southern Mississippi with Bachelor’s degrees in both psychology and nursing as well as a Master’s degree in nursing.

Upon returning from their honeymoon in October, Katie will continue her work as a family nurse practitioner at Jefferson Davis Rural Health Clinic and Cole will continue his work at The Olde Towne Grille in Prentiss, MS, as well as an associate at Daley’s Construction Management.