2015, at Shady Oak Missionary Baptist Church in Collins. Interment was in the church cemetery. Reverend Ronald Barnes officiated the services. Reeves Funeral Home of Mt Olive was in charge of the arrangements.

Mrs. Barnes passed away at her residence on Friday, August 21.

Pallbearers were her sons, grandsons, and nephews. 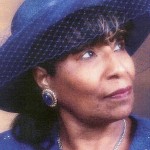 She attended school in Wayne County and graduated from Tougaloo College in Jackson, MS, with a degree in education and a minor in music. Mrs. Barnes was a schoolteacher with the Covington County School District for 30 years.

Mrs. Barnes was a devout Christian who truly loved God and her fellow man. She was an accomplished musician who played piano for several churches in Covington, Smith, and Jones Counties. She visited the Covington County Nursing Home to play and sing hymns for the patients every Wednesday.

She was preceded in death by her parents, David and LeGirtha Warren; one daughter, Sonya; and three brothers, Eddie Warren, Prince Warren, and David Warren.