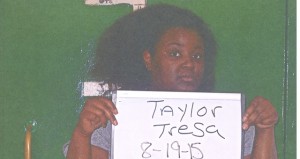 Authorities called the ambulance for assistance.  According to Deputy Coroner Kathy Stephens, Taylor died sometime between 8:30 a.m., when authorities last spoke with her, and 11:30 a.m.

The coroner’s report states the cause of death is natural due to a massive pulmonary embolus.

MBI is further investigating the incident.