A teacher at J.E. Johnson Elementary has been fired after cameras were found in a school restroom Wednesday morning.

According to the Jeff Davis County Sheriff’s Department, Arthur Martin stated that he put the camera in the bathroom at 8:30 a.m. Wednesday morning and it was found later that day around 1 p.m. 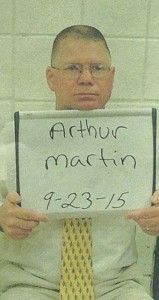 Martin was a fifth grade teacher at J.E. Johnson and has been charged with photographing and filming a subject without consent under the age of 16. According to MBI officials, investigators seized a computer and other technology from Martin’s Lamar County home. Martin was released on $150,000 bond.

Mississippi Educator Code of Ethics section 4.1.C. states that educators should provide an environment that does not needlessly expose students to unnecessary embarrassment or disparagement. Section 4.2.F. states that it is unethical to solicit, encourage, participate or initiate  an inappropriate written, verbal, electronic, physical or romantic relationship with students. “In upholding the Mississippi Code of Ethics, this employee was promptly terminated” JDC Superintendent Will Russell told The Prentiss Headlight.

“The safety of our students is of utmost importance. The matter was immediately reported and placed under investigation. There were no students injured or harmed from this incident. It is the goal of the district to ensure that all employees, students, staff and any visitor on our campuses are safe.”

“When authorities came in and took over, it was out of the school district’s hands. We cannot expose evidence to the public when the authorities take over,” he added.

According to Russell, he received a call from a local news channel that a concerned parent alerted the station of the situation. “The media was here before we even knew any details.”

The school district is required to do a background check on all employees. “Mr. Martin had an impeccable record. His background check was thorough and there were no findings,” Russell noted.

A meeting for concerned parents was held Tuesday evening at the J.E. Johnson campus. School administration, board members and local authorities were on hand in an effort to clear up confusion, answer questions and provide reassurance.