Funeral services were held Friday, October 2, 2015, for Mrs. Patsy Holloway Speights, who passed away at her home on Tuesday, September 29, surrounded by her family. 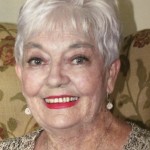 Funeral Home was in charge of the arrangements.

Patsy was born on August 8, 1945, to Strom and Mary Lou Holloway. She grew up in Prentiss Baptist Church. She was a current member and the records clerk for Hepzibah Baptist Church in Silver Creek.

Patsy Speights worked for 25 years as the editor of The Prentiss Headlight retiring in 2012. She was past president of the Mississippi Press Association (MPA) and the MPA Education Foundation, chairwoman for the National Newspaper Association (NNA), awarded NNA’s McKinley Memorial Award, and was inducted into the Mississippi Press Hall of Fame in 2012. She served on numerous committees in the community including the Chamber of Commerce, the Run for the Roses, and the Relay for Life.

Patsy was a Christian wife, mother, sister, daughter, granny, neighbor, and friend to many. Her passion for life and getting the job done no matter what is her legacy. It is what most will always remember about her. She loved to work. In addition to Headlight, the Chamber, the Run, the Relay, Patsy loved working in the flower garden, at Hepzibah Baptist Church, in the kitchen, in the corn and soybean fields, and behind the scenes at all of her family’s life events.

She was preceded in death by both her parents; one brother, Joe Sellers Holloway; and one sister, Ann Holloway Stamps.

She was never bored and never without the full and utmost trust in God. Her Bible was used and worn with many scriptures noted or written down. “I am not saying this because I am in need, for I have learned to be content whatever the circumstances. I know what it is to be in need, and I know what it is to have plenty. I have learned the secret of being content in any and every situation, whether well fed or hungry, whether living in plenty or in want. I can do all this through Him who gives me strength.” – Philippians 4:11-13