Bassfield resident Bertha McGowan Graves had a busy life raising three children, working a full time job at the Columbia Training School and caring for a husband who had serious heart problems. She didn’t have time to see to her own health but when she found something she didn’t think was quite right and talked to her ob-gyn about it he didn’t seem really concerned and didn’t follow up with any diagnostic treatment. From the time she thought she may have a 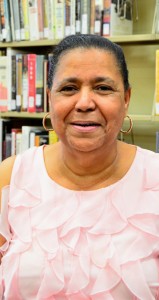 problem until Dr. Mary Hawkins sent her for mammograms at Woman’s Hospital and she was diagnosed with breast cancer Graves states it took two years and changing doctors to get her there.

“I had so much going on in my life I really didn’t have time to think about me,” states Graves.  The day she had surgery at St. Dominic’s her daughter, who was 11 years older than the older of her two boys, was in Forrest General Hospital in Hattiesburg having the Graves’ first grandchild. Torn between being with his wife and his daughter her husband Glynn stayed with her to see she did well, was out of surgery and awake good before heading to check on their daughter and the new baby.

While Graves was still recovering in the hospital her brother who was in Iowa had a heart attack and apparently had some residual problems with confusion. Graves got in touch with her sister in Chicago who found him and put him on a plane back to Mississippi. When he came to the hospital to see Graves his confusion, suspected caused by medications, persisted and her husband had to escort him to his home in Columbia.

Coming home from the hospital was no better. Grave’s daughter had postnatal complications with an extended recovery time. Graves and her husband helped care for a newborn as well as their own young sons and her brother continued to have problems with confusion causing several incidents.

“I had a good support group through all of this though,” states Graves. “I took chemo on Tuesdays, rested up on Wednesdays and went back to work on the rest of the week. My co-workers and family all checked on us, fixed meals and helped us.”

Though her family was scattered in different states they checked on her constantly and Graves states she received phones calls every day. She says her husband made her laugh and took care of her. He cooked for her and even when she didn’t feel like eating due to the chemo she would try to eat because he cared enough to cook it.

Bertha McGowan Graves has been cancer free for 23 years now and expresses gratitude to all who helped her and her family during their struggles. She attends the banquet for survivors at Relay for Life and continues to be active. Unfortunately, her husband Glynn was killed in a car accident in 2006 but she enjoys her children and grandchildren and living life to the fullest.

Graves states she never thought she was not going to do good after having gone through so many other crises with her husband’s serious health issues and having a family of faith who assured her that God was going to take care of her.

In recognition of Breast Cancer Awareness Month Graves’ advice to women is to “check yourself regularly and if you pick up on something that was not normally there have it checked. If the doctor doesn’t respond well to take care of it, find one

Students at J.E. Johnson Elementary are getting really, really excited about math and you can see it on their faces... read more