Where are they now: Bill Coulter 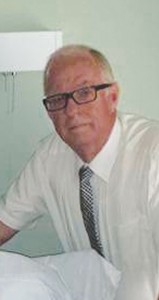 PHS 1966 graduate Bill Coulter was in Prentiss a few weeks ago to help celebrate his mom’s birthday but to see him in this area is a rare event. Coulter states the last time he saw those in his graduating class was when they walked the aisle to pick up their diplomas. From that time on Coulter has been on a lifetime adventure that took him from his Jeff Davis County roots across the globe and to other parts of the country.

After graduation Coulter spent a little more than a year on the campus of Clarke Memorial College in Newton, MS and remembers carpooling with Wanda Bridges Sinclair. However, that was in the Vietnam era and many young men were drafted into the service. Coulter went to Georgia and joined the Army in 1968. He was stationed at Camp Perry, VA, a top-secret base. He served his tour of the Army there as a part of the military police that guarded the base. After his military service ended Coulter enrolled in Bob Jones University graduating in 1975.

Coulter met the love of his life and they married in 1973. She was also a student in the graduate program at Bob Jones and received her Masters in voice. The couple lived in Greenville for several years before he went back to the Army in 1980. He became a Korean linguist and a military intelligence analyst completing three tours in Korea and two tours at Fort Ard, CA. Coulter wrapped up his military career working as a senior instructor at the military intelligence school at Fort Devons, MA, which he states, closed there and moved operations to Fort Huachuca, AR where he retired in 1995 and has made Arizona his home. 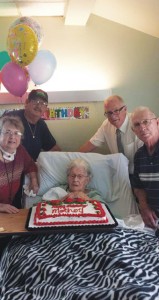 “I haven’t been back to Mississippi to live for almost 50 years,” muses Coulter. “I like so many things about Arizona, but mostly I like the weather.”

Coulter states his wife, Ruth, passed away in April after an eleven-year battle with breast cancer. His daughter Kellie lives in Demoine, IA with her husband who is in law enforcement. They have three children. Son Jeremy lives in Tucson, AR where he has a remodeling business and four children.

When Coulter thinks back to his formative years in JDC he remembers being a part of a farming family and good swims in the cold creek. Teachers like Mary Williams in 6th grade, 1st grade teacher Ms. Garner and Ms. Parker who taught him English in 7th and 8th grades made positive impressions on his life. Also in high school Cecil Brinson, his science, biology and chemistry teacher and Latin and English teacher Ms. Clark made learning fun. Coulter remembers his class was small by today’s standards, only about 60 students, and he began school with them and graduated with them but some of the adults he remembered most are passed on now such as Gus Sanders, Clint Lee, Henry Smith and Curtis Lee.

His advice to the young of JDC, Bill Coulter states, would be his wife’s operating procedure: “Put God first. Never be ashamed of Jesus Christ and share the Gospel with as many as will listen.”