A parade down Prentiss’ main street and a celebration program was held in the PHS auditorium to honor the Dr. Martin Luther King and remember his contributions to civil rights. Grand Marshalls for the parade included senior citizens of the county over 90 years old, Spencer Thompson, Melba Bass, Hattie Johnson and Rosie Lofton (105 years old). 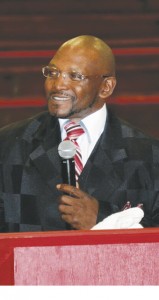 “There were 44 participating in the parade this year,” states event chairperson Shirley Dampeer. “We just set aside this day every year to celebrate Martin Luther King and the things he has done to unite us as a people. I want to thank everyone who participated.”

The theme for this year’s program was, “Pursuing Liberty in the Face of Injustice.” MC Tina Reed guided those gathered in the PHS gym through the program personalities that included Sheriff Ron Strickland, Supt. of Ed. Will Russell and guest speaker Rev. Thomas C. Hinton.

JDC Superintendent Will Russell spoke to the group of the state of the county’s schools emphasizing the need for community involvement and was proud to announce that PHS had a star student this year. He spoke about the building under construction and what new avenues it will open for the children of the county.

Sheriff Ron Strickland in giving an update of state of the county emphasized that spreading love among the members of the community will solve a lot of the county’s problems. 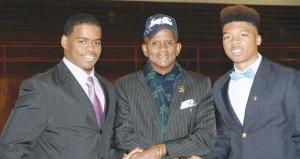 “Dr. King is the most commended African-American leader in African-History,” stated Joshua Hubbard. “He believed that the truth of equality could eradicate the illusion of supremacy. He believed that without liberty and equality an individual is unable to determine their destiny, for it is determined by people that rather see them suffer than succeed. He remained nonviolent and continued to take a stand through negotiation, demonstration and resistance.”

PHS senior Frederick McCollum stated, “I don’t know much about the injustice that my forefathers witnessed, except what I have studied in school, but I am not blind to the fact that discrimination is alive and well. Being a church going youth, I believe that what God has for me is for me according to the Jeremiah 29:11 which states, ‘God has plans for me,’ and Isaiah 54:17 which says, ‘no weapons formed against me shall prosper,’ but I have to keep my mind, will and soul set on the positive mark.”

Rev. Thomas C. Hinton of Hollisday Creek M.B. Church was Keynote speaker for the event. Hinton spoke to the group using the story of Namaan and the servant girl in II Kings and II Chronicles 7:14 that states, “If my people, which are called by my name, shall humble themselves, and pray, and seek my face, and turn from their wicked ways; then will I hear from heaven, and will forgive their sin, and will heal their land.”

Hinton stated that we are living in bad times but God’s Word has not changed and He gives the remedy for the problems of today.

The PHS choir sang several spiritual numbers and the program began with the Negro National Anthem and concluded with the singing of “We Shall Overcome.” 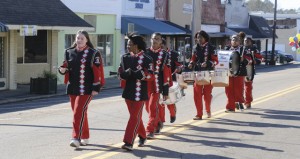 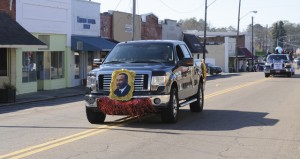 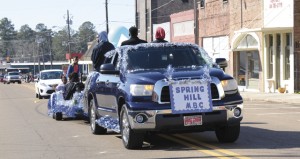 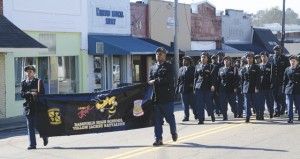 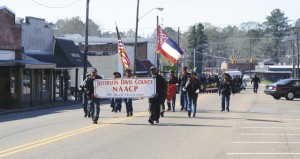 There is a new learning center under construction for the Jefferson Davis County School District. This new lab will be... read more