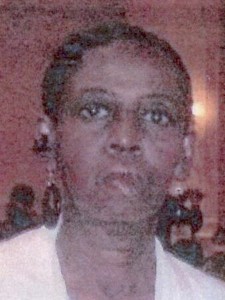 who died Wednesday, February 10, 2016 at Myrtles Nursing Home, Columbia, MS.  Rev. Maxine Price, pastor, officiated with interment following in Gray Memorial Gardens Cemetery, Carson, MS.  Johnson Funeral Home was in charge of arrangements.
Mrs. Corine Fairley was born to the late Joyce Thompson in Gulfport, MS.  She later moved to Pascagoula, MS at an early age.  She was a member of Asbury A.M.E. Zion Church.  After the passing of her mother, she was raised by her aunt, Olivia Willis.  She graduated from Carver High School and attended Mississippi Valley State University.  She married Samuel Fairley and to this union, one child was born.
Mrs. Fairley moved to Washington, DC where she worked for the National Alliance of Postal and Federal Employees as an Administrative Assistant.  She also worked at H&R Block during tax season.  She also enjoyed working at the stadium where her favorite NFL team, Washington Redskins played.