A suspect has been charged in connection to a murder that occurred at the Western Motel in  Prentiss earlier this month. 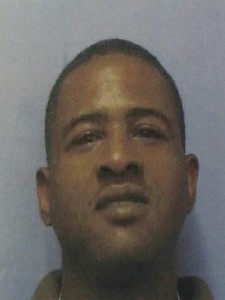 Bradford Booth, 39, of Bassfield was arrested by the US Marshals fugitive task force on Wednesday, and was charged with capital murder and attempted murder, according to Prentiss Police Chief Joe Bullock.

Booth will made his initial appearance in Prentiss Municipal Court Friday morning where his bond was denied.
Around 11:30 pm. on Feb. 3 Prentiss police were dispatched to the Western Motel after hearing reports of shots fired.
When authorities arrived, they found one victim who was suffering from an apparent gunshot wound lying next to a motel room. That victim was identified as Jhyrod Finch from Atlanta, Georgia. Finch was sent to a Forrest General Hospital where he was treated for his injuries and released.

Another victim was found dead inside of a motel room.
According to Bullock, Finch identified the deceased as his cousin, Marquis Porter from Atlanta, Georgia.

According to Bullock, it is believed the crimes are narcotic related.