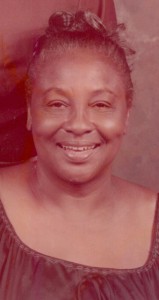 Mrs. Lonnie Mae Carney was born to the late Vess Magee in Collins, Ms.  She received her education at Friendship rural schools in Covington county.  She joined Friendship M. B. Church at a young age, after moving to Collins, she united with Mt. Zion Ora M. B. Church and remained a member until her health failed.  She labored and retired from Collins Baptist Church.