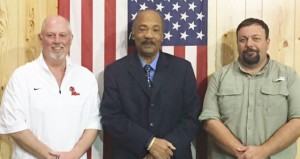 David Marshall has retired from the Prentiss Police Department after three years of service to the community. “It has been my pleasure serving the citizens of Prentiss and I have enjoyed my time here,” Marshall said.  Marshall resides in Hattiesburg and plans to rest and renew his golf game with his time off. When asked about Marshall, Prentiss Police Chief Joe Bullock said, “David Marshall has been an asset to the Prentiss Police Department. It was an honor and a pleasure to serve with him. We were saddened to hear of his retirement but certainly believe that after 42 years in law enforcement, it is well-deserved.”