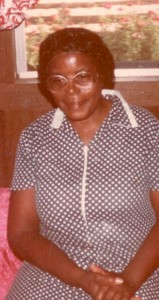 pastor, officiated with interment following in the Reese Cemetery.  Johnson Funeral Home was in charge of arrangements.

Mrs. Thelma Graves was born to the late Anderson and Cora Thompson Graves.  She was the oldest of four children.  She was educated in the rural Jefferson Davis county schools and graduated from Prentiss Institute.  She lived in Jackson, Mississippi for a short time and later relocated to New Orleans, Louisiana where she lived over thirty years.  In 1982, she returned to Bassfield, Mississippi to take care of her parents.  She was a member of Holly Springs C.M.E. Church and remained until her death.

She is survived by: two brothers, Robert J. (Martha) Graves, Buford (Shirley) Graves both of Bassfield, MS; 6 nieces, 6 nephews, nephew she raised as her own, Xavier J. Graves of Bassfield, MS; many other relatives and friends.