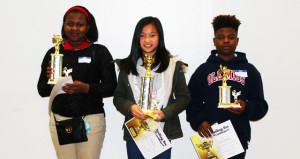 The overall winner of the 2016 District-Wide Spelling Bee was 5th grade Prentiss Christian student, Adriana Tran. She won in the 27th round with the final word, alternate.

Adriana Tran will represent Jefferson Davis County in the MS Association of Educators 2016 State-Wide Spelling Bee on Tuesday, March 15, 2016 at the MS Public Broadcast Center at 10:00 am.

The Prentiss Headlight / Established 89 years ago in Prentiss, the Eureka Arts Federated Club continues to grow. At this... read more