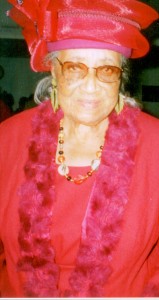 Mrs. Ada Joshua was born in Jefferson Davis County to the late Sylvester and Julia Lee Strickland.  She was a member of Point Pleasant M. B. Church and remained a faithful member until her health failed.  She was married to the late Ledrew Gray and to this union, three sons were born.  Later, she married the late Rev. Joe Joshua.  She completed her education at Prentiss Institute and was the cafeteria manager in the Simpson County School System for many years.

She was preceded in death by: son, Ralph, five brothers and three sisters.