Where Are They Now: Kenneth Wayne Holmes

What year did you graduate from PHS?

Where did you go from there (schools, military service and where stationed, and after)? 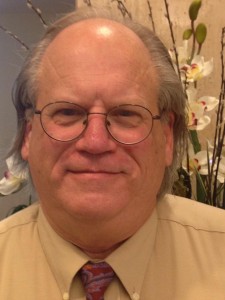 What was your career choice and why?

To major in business and marketing was right up my alley—creative, promotions, selling, and public relations. Immediately after college I worked for Hertz Corporation in Jackson and Mobile.

For over 25 years I managed an Amoco oil and gasoline distribution in Amory, MS. Primarily we had retail convenience stores, service stations, and industrial sales of oils and fuels.

Leaving that position I moved back home to Prentiss to work briefly at Hancock Bank, before taking a position with Sanderson Farms in Flowood and Hazlehurst.

Managing convenience stores in Amory was second nature because starting with the freshmen year of high school thru graduating from college I worked at Ingram and Bobbie Foster’s grocery store and convenience store in Prentiss.

When the Foster’s sold the c-store to Carroll and Martha Carol Berry, I was sold along with it. I learned so much from both families.

They taught me how to figure profits, how to be part of the community, and how most important it is to treat all people with respect, fairness and dignity.

Do you still have relatives or friends here that you visit? Who are they?

Who were your best friends in school?

Carolyn Ruth Bridges (Davis) was the first friend I ever had because families were so close.

During the kindergarten class that was held at Allie Mathison (Myers’) house I made lifelong friends of Don and Keith Mathison, Lamar Foster, and Chuck Terrell.

What were your favorite activities in JDC while growing up?

Number one without a doubt was Prentiss Baptist Church.

Jimmy Cuttrell had us busy all of the time. The youth had their own newspaper (The Tell Light), choir trips, ghostly Halloween party with Mrs. Grace Grubbs being a terrifying witch (Gary got his acting chops from her), adults portraying comic strip characters for the Valentine Sweetheart Banquet, decorating the Joy House, a youth sanctuary where the parking lot is now and day trips to New Orleans.

The church kept us busy but also we were taught the Word by Dr. L. E. Green.

Second the school was small and everyone was encouraged to participate in everything.

Coach Bob Harmon directed plays. Our band started in the elementary school and we were thrown in with high school kids.

The band was highly regarded, winning many awards. The Royal Guardsmen, as the band was called, got to travel to all ballgames, band competition, and all of the area Christmas parades, including once we traveled all of the way to Greenwood for their Christmas festival.

Who were the people in the county that influenced you or your career choice? (teachers, other)

My father, James, was and is the person who influenced me the most. He was a plumber. He worked extremely hard in all sorts of conditions. If someone needed him, he was there.

Dad loved people, all sorts of people. His wicked humor was well known. Residents of JDC some 20 years after Dad has died, still come up and talk fondly of him. I want to be more like him.

I really enjoy politics and history. Mrs. Nell Williams instilled that in me. Without a doubt she was one of the best teachers I have ever had.

Because of her influence I was the first person younger than 21 to register to vote in the county, I was the youngest delegate up to that point to ever be elected to the Republican State Convention. Actually Jeff Davis County was slotted 1-½ delegates—Dr. Russell Dumas was the whole delegate and I was the half delegate.

Later on in life I served 2 terms as County Republican Chairman for Monroe County. I believe Mrs. Nell Williams influenced me to become involved in making history.

Another passion I have is reading. I believe all of teachers from Jessie Buckley in third grade to Louise Griffith in the sixth to Kathleen Parker in junior high and Liz Clark encouraged me to read and to enjoy reading.

Can you share any particularly funny or significant event or place you remember while growing up?

As a senior I took accounting from Mrs. Georgia Faye Dale (another great teacher).

We were invited to a recruiting banquet put on by Southern Mississippi accounting department. Mistake #1: Mrs. Dale put all of the girls in the car with her and the boys got to drive and ride in a car by themselves.

We were perfect angels going and at the banquet. On the way home, we decided that we would let the girls get way in front of us and we would pick up beer cans and put them in the car.

Amazingly, our haul of cans was unbelievable. When we got home and exiting the car someone kicked some cans out into the parking lot and we all acted tipsy.

To this day I can see Georgia Faye’s face and her first words were “I’m flabbergasted!” The next morning, she hauled us into Mr. Brinson’s principal office. He looked at us sternly but quickly broke into a smile and congratulated us on a good prank. However, he did make us clean out the car.

What advice would you give to those who are growing up in the county now to insure their future success?

Become active in your church—learn spiritual truths that will stay with you for a lifetime.

Choose your friends wisely; they will have a great influence over you. Go outside of your comfort zone.

Don’t be a bully. Learn to dance. Have a backbone—stand up for what you think is right.

Remember and appreciate the people who help you along the way. Don’t burn bridges. Learn to tell a joke.

Thank your parents while they are alive. Smile often. Feel blessed.