Drugs off the streets 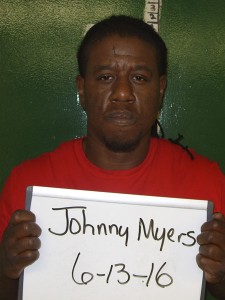 A short pursuit ensued to Airport Road where the suspect’s vehicle was stopped.

The suspect, Johnny Myers of Columbia, then fled on foot.

A short time later, Myers turned himself into the Prentiss Police Department.

He was charged with possession of a felony amount of high grade marijuana with intent.

The Prentiss Police department also seized $1,200 for the abandoned vehicle.

As the two officers were conducting a check-point on Highway 84, Officer Browning observed suspicious activity from three individuals in a red 2012 Toyota Rav.

After asking the individuals to exit the vehicle, the officers discovered the drugs and cash.

If you know someone interested in serving on our Farm Service Agency County Committee for Jefferson Davis-Lawrence County, now is... read more