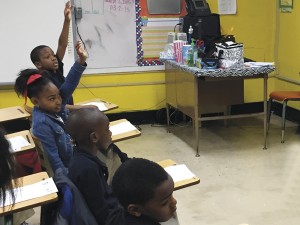 Holley Cochran / The Prentiss Headlight—According to data released this month by the Mississippi Department of Education, the Jefferson Davis County School District earned a C on the state’s A-F accountability system.

This year’s results reflect the final year of a waiver from the U.S. Department of Education to compensate for the state transitioning to higher standards of learning. The waiver allows a school to retain the letter grade it received in the 2013-14 school year if the 2014-15 grade is lower as a result of assessment results. Waiver grades are the official grades for 2014-15.

According to MDE, there will be no waiver in effect when test results are released for the 2015-2016 school year.

The overall grade for Jefferson Davis County School District with the waiver for 2014-2015 is a C, which was the same as the previous school year.

Without the waiver, the Jefferson Davis County School District received a D grade.

The grades were issued for the Jefferson Davis County School System based on a 900 point scale. The district received a total of 452 points.

“Our superintendents have worked diligently to implement higher learning goals in their districts, and the teachers and administrators should be commended for their hard work as evidenced by Mississippi’s performance on the National Assessment of Educational Progress,” said Dr. Carey Wright, state superintendent of education. “The waiver has enabled them to continue this important work without having to worry about being sanctioned if their test scores dropped during the transition period.”

Because the 2014-15 letter grades are based on the last year of the transition period, Wright noted that schools and districts should pay attention to their graduation and proficiency rates between the 2013-14 school year and the 2014-15 school year to determine whether student outcomes are improving.

Individual school reports are as follows: J.E. Johnson Elementary School received a C with the waiver and a D without.

Prentiss High School received a C rating with the waiver and a D without.

Bassfield High School received a C rating with the waiver and a D without.

“The state will be experiencing growing pains as we continue to raise the bar for academic standards, but I believe as we challenge students, we will help equip them with the knowledge and skills they need to be successful in college, career and life,” said Dr. John Kelly, chairman of the State Board of Education.

To view the complete 2014-15 Accountability results for schools and districts visit:http://reports.mde.k12.ms.us/report/report2015.aspx

Jefferson Davis County now has an official website. The site went live Tuesday morning and will provide many services to... read more