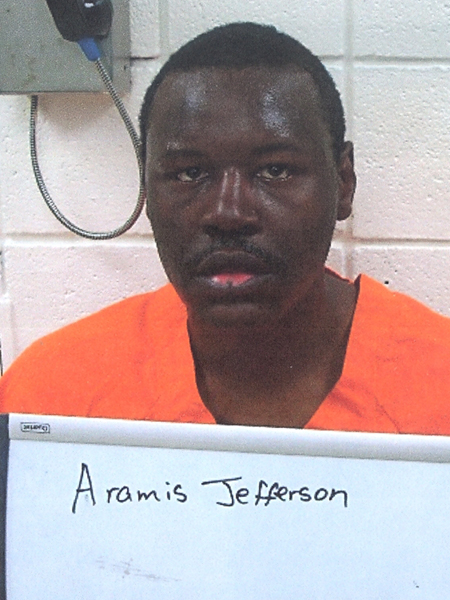 On August 27,  at approximately 1:13 a.m., Prentiss Police Officer Richard Browning was dispatched to Leaf Street for several auto burglaries in the area.

According to authorities, approximately nine vehicles were broken into within that neighborhood.

Loose change was the main item stolen from the vehicles.

Officer Browning approached a black male  walking in the area.

As Officer Browning went to speak to the male, he fled  on foot.

The suspect, Aramis Jefferson, was later caught and arrested.

He was charged with nine counts of auto burglary.