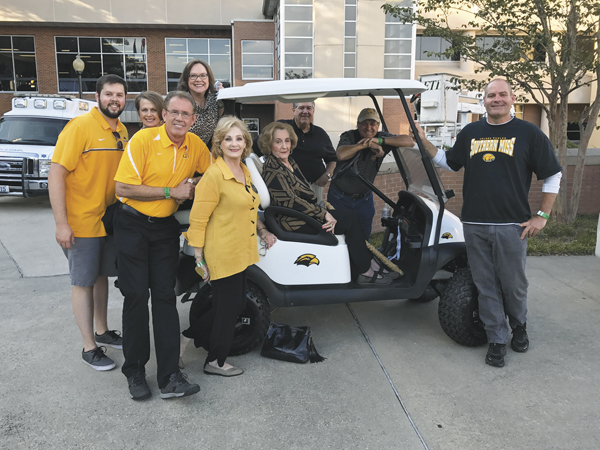 The Prentiss Headlight—Grace Grubbs with her family at the USM vs. Rice game.

Grace Grubbs of Prentiss was honored recently at the Southern Miss versus Rice football game.

Grubbs has been a fan of Southern Miss her whole life. She began attending games regularly when her son Gary, became a member of the football team in 1969.

At age 91, she has season tickets and still attends home games with her family, who are all Southern Miss graduates.

When the Eagles are not playing in Hattiesburg, Grubbs follows them on television, but turns the sound down and listens to John Cox call the game on the radio. She is not a casual fan, but understands the game, and will often call the play before they run it.  Ito Smith is her favorite player.

Grubbs spent some time with Brett Favre and was presented a game ball on the field by Seymour. 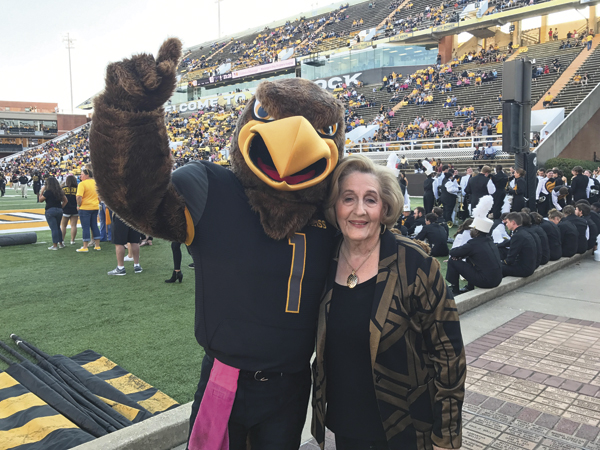 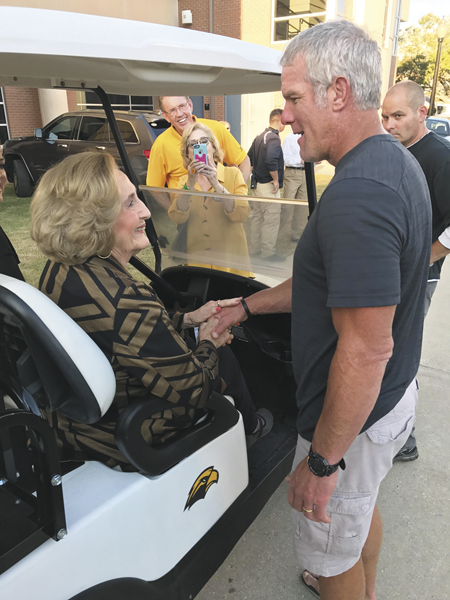