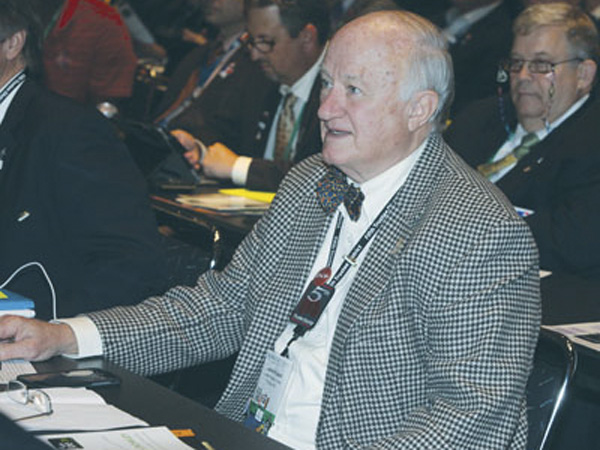 James Russell Dumas Jr., serves as a delegate for the last time at ADA 2016.

After 30 years in the house of delegates, Dr. James Russell Dumas Jr., of Prentiss, served as a delegate for the last time at the American Dental Association annual meeting held in Denver, Colorado.

The ADA recognized this achievement, which is one of the longest serving tenures in its history, if not the longest.
As the legislative and governing body, the house of delegates is the supreme authority in the American Dental Association. As such, it speaks for the 159,000 dentist members of the association and for the dental profession in the United States. Dumas represented the Mississippi Dental Association, before retiring after three decades of service.

Dumas has served the Mississippi Dental Association in many capacities through the years, including president in 1987.

He has been practicing dentistry in Prentiss since 1970.