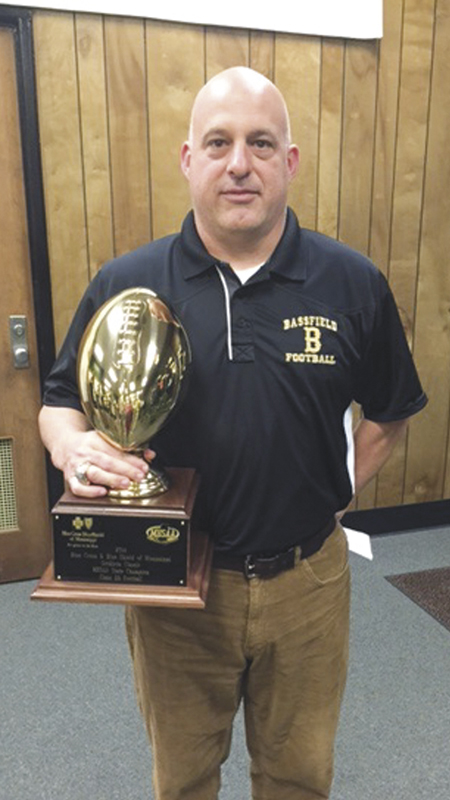 He served in the same capacity at Bassfield High School for the past nine years.

Mancuso was greatly successful during his time at Bassfield with an overall record of 118-20.

He led the Yellowjackets to the south state championship eight of the nine years he was the head coach.

The Jackets won five south state championships and five state class 2A titles under his direction as well as eight district championships.

Bassfield ended its last season with a loss to Bay Springs in the 2A south state title game.

“I appreciate the opportunity to lead the student athletes here in Jefferson Davis County. Thank you to the school board who has been so supportive in all of our endeavors throughout the district. It is very important to me that all of our student athletes are treated fairly and looked after from top to bottom. Each athlete has the same opportunity as every other athlete does in our district,”  said Mancuso.