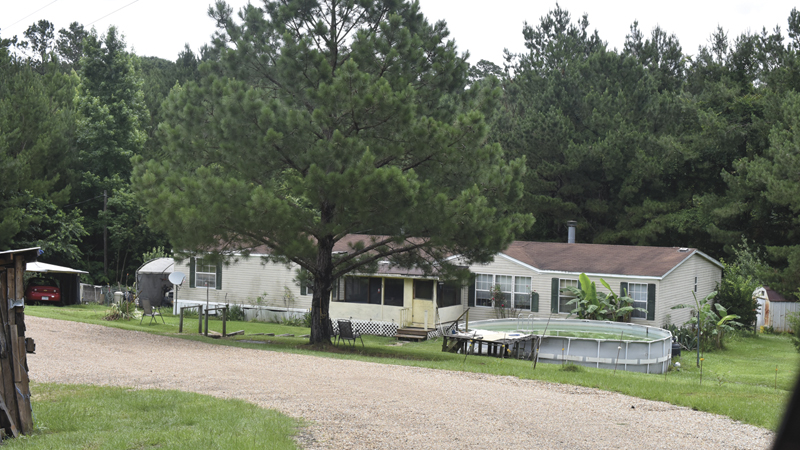 Holley Cochran / The Prentiss Headlight—The residence at 288 Smith Jones Road in Jefferson Davis County was the location of a murder-suicide last Wednesday leaving two dead and one injured.

An attempted murder-suicide left two people dead and one injured in an early morning shooting last Wednesday in the county.

Strickland said a domestic dispute between Lee Sandifer and his 47-year-old girlfriend, Christine Lewis, led to the shooting. Sandifer shot both Lewis and the couple’s 10-year-old son, Zachary Sandifer, in the head before shooting himself, according to Strickland.

“It is a very sad situation,” said Strickland. “Please be in prayer for the family at this time.”

According to Strickland, a suicide letter and a suicide note were found in Sandifer’s pocket.

Harvey Lewis, Christine’s father and the Zachary’s grandfather, lived with his daughter. According to Harvey, Sandifer shot the 10-year-old while he was asleep on the couch before moving into a bedroom to shoot Christine.

Harvey also said Sandifer used a pistol the family did not recognize and noted that his daughter and Sandifer had been together for 10 years.

The Jefferson Davis County Coroner’s Office sent Sandifer’s body to the State Crime Lab in Jackson for an autopsy.

Strickland said Lewis was taken to Forrest General Hospital, treated for her injuries and released. He said  Zachary was taken to University of Mississippi Medical Center where he died Thursday.

Strickland said the investigation is ongoing.