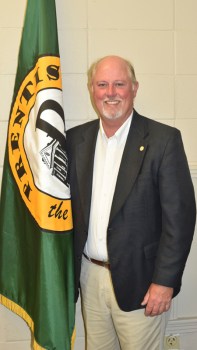 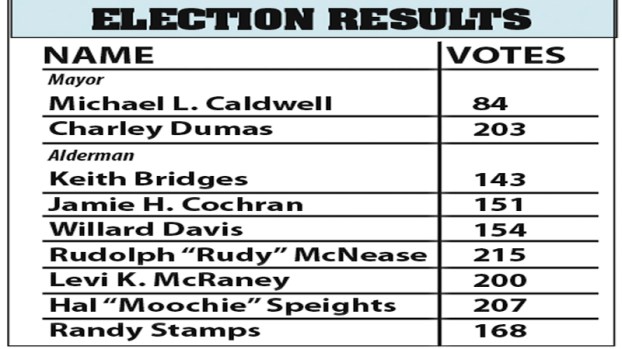 There were 299 votes cast of the 692 registered voters in the Prentiss city limits.

This will be Dumas’ sixth term in office.

“I appreciate everyone getting out today to exercise their right to vote,” said Dumas.

“I want to welcome our new board members and look forward to working with the board in the coming term.”

With three aldermen returning, there will be two new faces on the board.

“I am looking forward to working with the other aldermen to help move Prentiss forward and make it an even better place to live,” said Levi McRaney.

The town of Bassfield was not required to hold an election. They only had one candidate for mayor, Pat Courtney, and five candidates for alderman. James “Jimmy” Kerley, Johnny “Ken” Roberts, Hester Easterling, William Hendry and Angela Cone “Speights” will serve on the board beginning July 1.