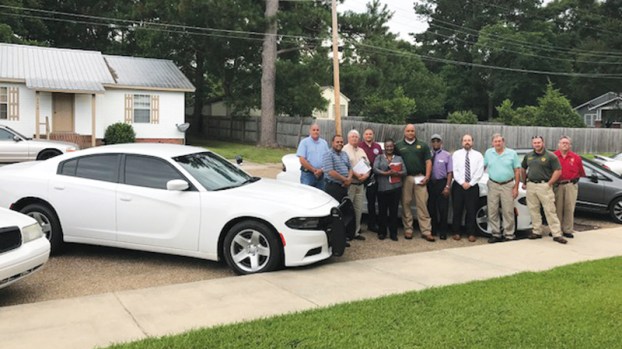 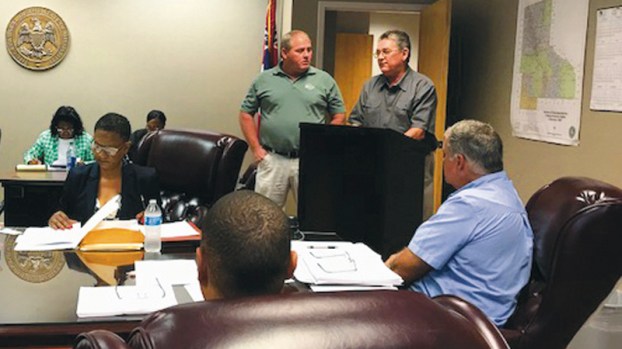 Two 2017 Dodge Chargers were delivered to the sheriff and board of supervisors Monday during their second meeting of the month.

The cars were awarded to JDC after applied for a grant Community Facilities Grant through the US Department of Agriculture Rural Development (USDA). Area Specialist Sandra Foxworth and Area Director Michael Perry delivered the vehicles.

The Jefferson Davis County Sheriff’s Department applied for the grant over three years ago. The grant took care of 55% of the cost of the vehicles, the county paid the other 45%.

Rudolph Foods has leased the building on Skating Rink Road.

The warehouse will be used for storage and will employ four to six workers. Toby Lee of Lee’s Pig Skins will oversee the Prentiss facility.

Lee’s Pig Skins of New Hebron was acquired by Rudolph Foods in 2008.

Founded in Prentiss 1978 and incorporated in 1988, Lee’s Pig Skins offers high-quality, low-cost pork products in a variety of flavors for the most discriminating appetites.

The business was moved to New Hebron in 2000. Lee’s Pig Skins’ state–of–the–art, 30,000 square foot manufacturing facility cooks and bags each package of pork rinds and snacks before ever reaching the customer’s door.

The plant manager at the New Hebron facility is Dabo Lee.

According to Lee, the plant employs around 50 workers running in two eight-hour shifts daily.

The brand’s tagline is “The tastiest pork rind & cracklin’ snacks between Texas and Tennessee.”

Their website states, “At Lee’s Pig Skins, we care as much about our employees as we do our products. Their talent, teamwork and dedication go into every bag of pork skins we manufacture—and every customer’s cupboard. We provide an exceptional corporate culture focused on total customer satisfaction and employee advancement, allowing each individual to feel a part of our tight–knit, down–home family.”

After the pig skin products are manufactured in New Hebron, they will be transported to the Prentiss warehouse and subsequently shipped out to customers all over the world.

The Rudolph company has seven facilities in the United States and three International ventures.

With more than 400 employees, Rudolph’s has launched into new areas of the snack food industry while maintaining its presence as the nation’s leading producer of pork rind snacks.