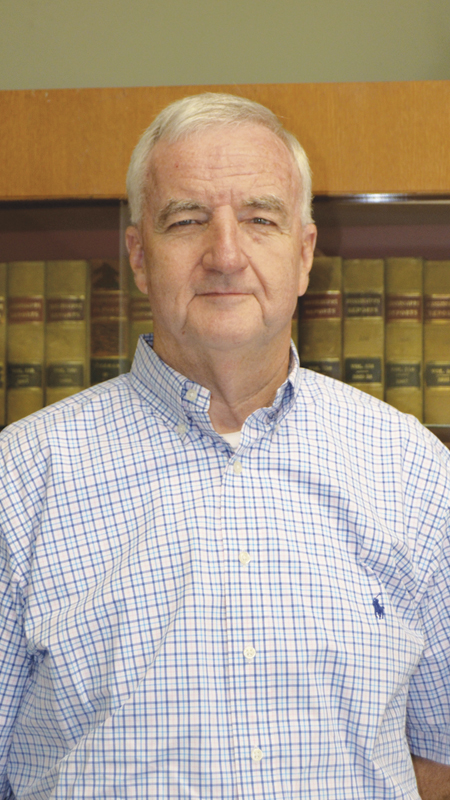 In 1972 McComb native Bill “Whit” Whittington came to teach in the Jefferson Davis County school system with the idea he would not be here long.

“I came in August of 1972 to Prentiss, a place I had never heard of before, and figured I would stay probably a year. I was hired one day and started fall

football practice the next. That one year turned into 11 years at the school and a lifetime in the county. I just fell in love with Prentiss.”

However, in 1983 his friend John Polk decided it was time to go federal with Polk’s Meat Plant and asked Whittington to come work for him.

Whittington accepted the offer and spent his next 33 years helping grow the company. He retired six months ago as chief operations officer.

To say Whittington had been out of the classroom for those 33 years would not be true. In fact, he has never ceased teaching.

Since he became a member of Prentiss Baptist Church in the ‘70s, Whittington states he has never been in a class that he was not teaching.

From junior high to college and career age classes he has continued to use his teaching skills educating and challenging young people learn Biblical truths.
“I’ve always enjoyed getting the most out of the kids and showing them they could do more than they thought they could,” stated Whittington.

“Young people who know you really care about them and that you have their back are more willing to learn from you. It has always worked for me.”

When Whittington quit teaching school 33 years ago he hoped one day he would return to the career he loved.

This year his hope will become a reality when he returns to the classroom as a teacher and coach at Prentiss Christian School.

He be the head varsity and junior high girls basketball coach for the Saints. He will also teach American History, government and economics.

“I always wanted to come back to teaching,” stated Whittington. “It was a job I loved. I just love to teach.”