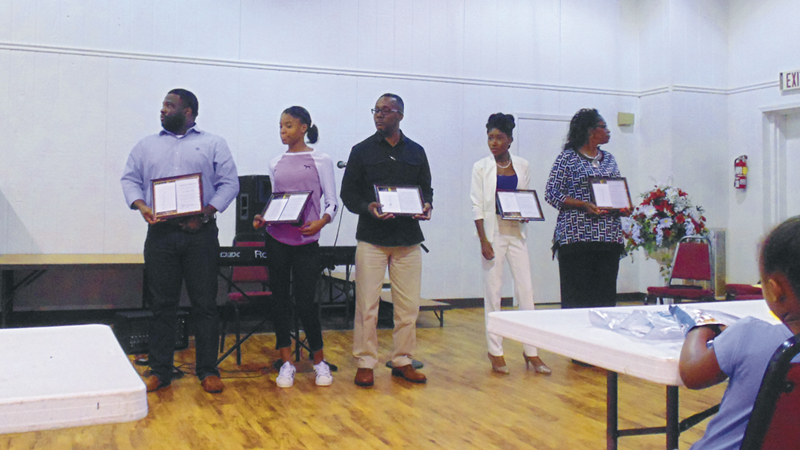 “God gave me the idea months ago to have former students who have success stories and have made it against the odds to come back and tell our youth that ‘I made it, you can too,’” said member Lisa Williams.

The speakers were Prentiss High alumni Brian Wilks, who struggled in school but now has a master’s degree in public policy from Jackson State University.

“So many times there are so many individuals in Prentiss who haven’t seen everyone make it out, so to speak,” said Wilks.

“I knew that life was bigger, I knew I wanted to expand my educational background and I did that.”

Wilks said he hopes the children won’t give up or set limits on themselves because of where they call home.

“Let’s dream big. If your goal is to go to Princeton, apply. I’d rather them tell you no, than you tell yourself no.”

Wilks is currently employed with the Jackson Visitor’s Bureau.

Other Prentiss High alumni present were Elisha White, the Prentiss High 2017 STAR student and valedictorian; Dr. Billy Brown, who was rejected several times before finally being accepted to pharmacy school; Maritza Johnson, who accepted the challenge and was Mississippi Valley State University Queen; Rev. Johnny Donaldson, who went from the farm to president of BankPlus in Jackson and James Daniels, of the armed forces and is now a force with Men of Action.

The Bassfield High alumni who spoke were Larry Copeland Jr., a former college athlete and now a mentor for his church and community as a member of Brothers in Christ; Oliviyah Farris, the 2014 Bassfield High valedictorian and now a student at Georgetown University in Washington, D.C.; Dorothy Mikell, a single mother of three who represented Five County Headstart as Teacher of the Year for the state of Mississippi.

The Eureka Arts motto is, “Lifting as We Climb.” Anyone interested in helping fulfill the motto can contact any of the club sisters or the President Jeanne Polk.