12U team honored by Mayor Dumas 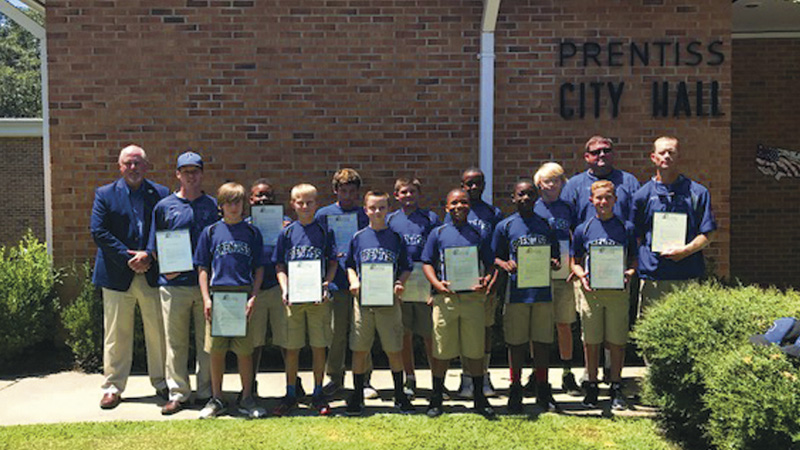 “This has been a special year for you,” said Prentiss Mayor Charley Dumas. “I commend and congratulate you on your record-setting season and the manner in which you represented Prentiss and Jefferson Davis County Youth Sports.”

The Prentiss Dixie Youth 12U all-star team were district champions and placed runner-up in the Mississippi Dixie Youth Majors state tournament held July 12-17. The team finished the season with an astonishing 27-2 record, while scoring 323 runs and allowing only 75 runs.