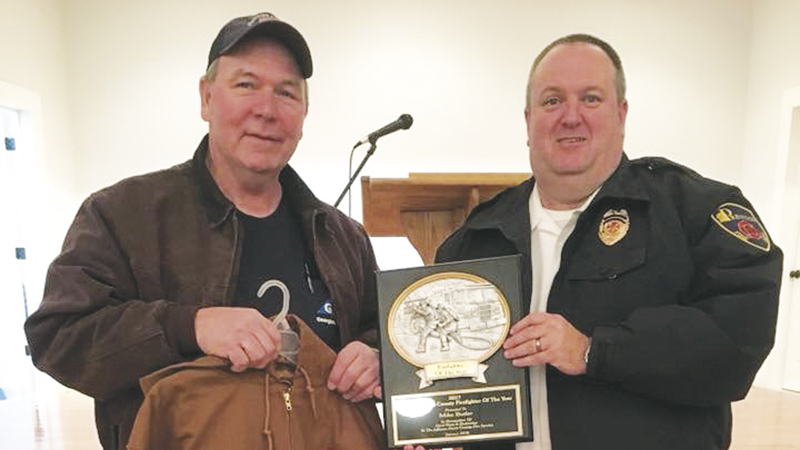 The Prentiss Headlight–Mike Butler (left) of 84 West Volunteer Fire Department is presented a plaque and jacket for being named the 2017 JDC Fireman of the Year. Also pictured is Prentiss Fire Chief Wayne Bass.

The annual Jefferson Davis County firefighter banquet was held Jan. 18 at the Rosenwald Building on the Prentiss Institute campus.

“Many thanks to all our volunteers who sacrifice to protect the lives and properties of our citizens,” said Prentiss Mayor Charley Dumas.

Mike Butler was named JDC Fireman of the Year.

Butler is a charter member of the Highway 84 West Volunteer Fire Department.

He started with 84 when they first built their two fire stations in 1992.

Wayne Bass was then appointed chief from 2014-2017 when he took over as chief of the Prentiss Fire Department.

“I am proud to call him my friend.”