The Deck set to open Feb. 5 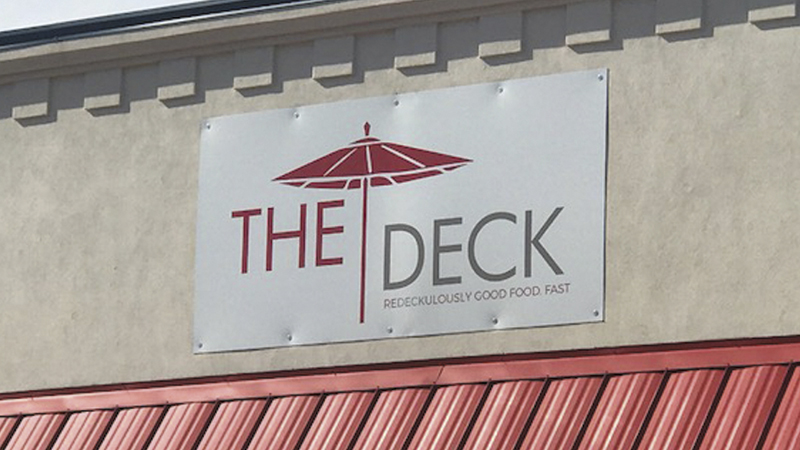 Prentiss will have a new place to eat soon with The Deck set to open in the old Ward’s building on Columbia Avenue in Prentiss.

The original Deck was opened in Columbia years ago by the Stewart family. To date, there are two locations in Columbia and one in Mt. Olive.

The Deck will be a fast-food restaurant serving burgers, hotdogs, salads, sandwiches and chicken.

In addition to the normal fast food fare, it will also serve homemade chicken salad, pimento cheese and soups daily.

The biscuits for breakfast will also be made from scratch each morning.

The Deck will be owned and operated by Greg Courtney.

“We are excited about opening a business in Prentiss. We have heard nothing but positive feedback,” said Courtney.

“We hope to be bigger and better and provide more of a variety.  We feel will be an asset to the community.”

Courtney hopes to open the restaurant Feb. 5, but that will depend on the Health Department.

“We are waiting on their inspection, and won’t be able to open the doors until that is completed.”

Workers will spend four days cleaning and remodeling the building.

Granite countertops will be installed, along with menu monitors and new signs.

Former Ward’s manager and investor Shirley Puckett spoke highly of the Stewart family and The Deck.

“This is a Christian family. Brian Stewart met with the Ward’s staff to discuss their transition to The Deck.  He led us in prayer before the meeting and it was obvious it is a God-fearing family,” said Puckett.

Stewart, whose family owns The Deck franchise, has ties to the Jefferson Davis County community. He is married to the former Mitsie Bullock from Bassfield who is the daughter of the late constable Walter Earl Bullock.

The Deck will be open Monday through Saturday 5 a.m. – 9 p.m. It will be closed on Sunday.