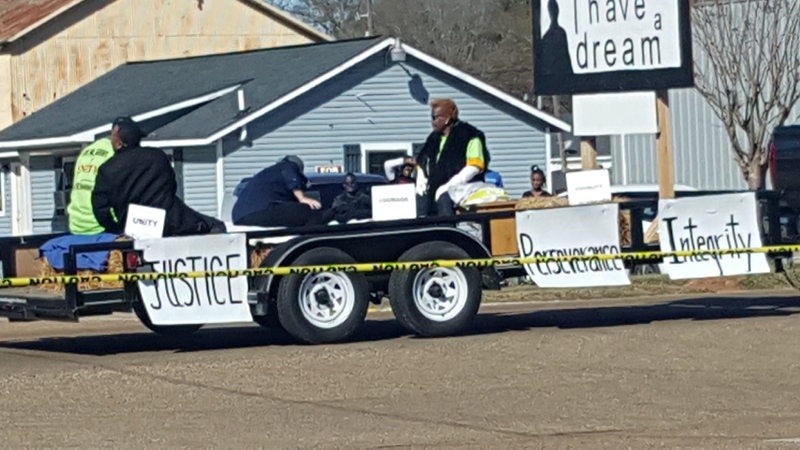 The Prentiss Headlight—Winning first place in the MLK parade was Unity in the Community.

The Jefferson Davis County Branch of the NAACP hosted a  Martin Luther King Jr. Day parade and program on Jan. 15.

There was one float, three church buses, 15 trucks and cars, 12 ATVs and eight horses.

The Jefferson Davis County Sheriff’s Department, along with the Prentiss Police Department led and escorted the parade.

The colors were presented by the Jefferson Davis County JROTC.

The three judges for the parade were Shirley Dampeer, Patricia Gray and Von Norwood.

Guest speaker for the program was Dr. Picasso Nelson.

Nelson is a former American football linebacker who played college football at Jackson State University and attended Hattiesburg High School in Hattiesburg. He was also a member of the Houston Oilers, New York Giants and Toronto Argonauts.

Nelson received a Ph.D. from USM and has worked in the JSU sports science program as well as being a minister.

“I became a pastor in 2013. God has been blessing me and I want to bless others.” said Nelson.