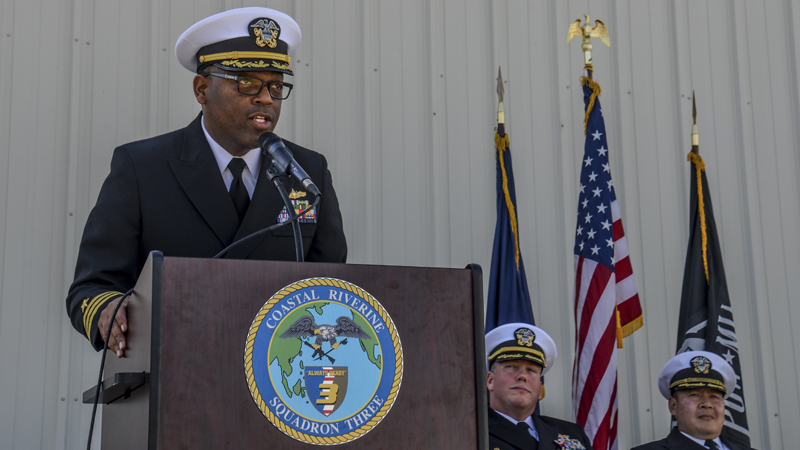 “I’m both excited and humbled for this opportunity,” said Chestang. “It’s an honor and privilege to have command of such outstanding Sailors.  I look forward to the next 18 months together and the great things we will accomplish.”

Chestang, a native of Bassfield, who previously served as the executive officer of CRS-3, expressed the honor he felt in taking command.

Chestang enlisted in the United States Navy in 1991 as a Yeoman after graduating from Bassfield High School.

In 1999, he graduated from Southern University and A&M College with a Bachelor of Science in Mechanical Engineering and received his commission through the Navy ROTC program.

“I joined the Navy to afford an opportunity to go to college without debt. I was able to do that with a Navy ROTC Scholarship and GI Bill,” said Chestang. “I stayed in the Navy because it is an exciting job where no day is the same.  These daily challenges kept me on my toes and made me learn to prepare, adapt and respond as a leader and professional.  I love it!”