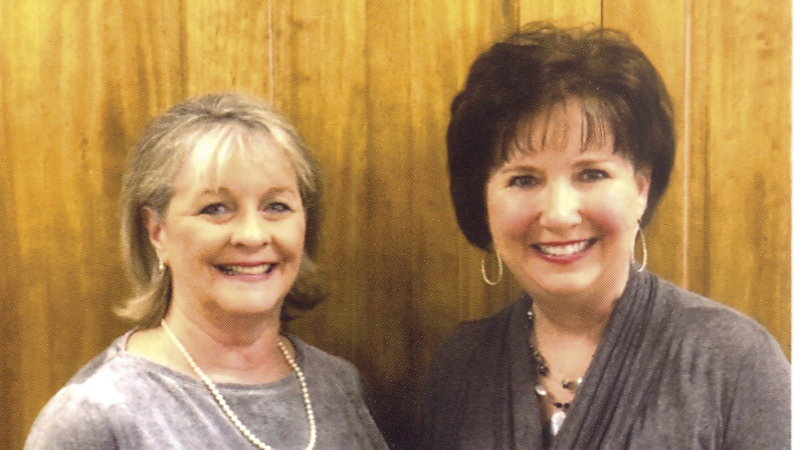 For 38 years, Patricia Williams and June Harrison have played glorious
music together at Prentiss Baptist Church.
A concert will be held at the church March 24 at 4 p.m. celebrating
their years of  music ministry together.
The two ladies have created a legacy of keyboard excellence in the
services of Prentiss Baptist that has become well known and much
appreciated.
Throughout the years they have been asked to use their talents
together at countless weddings and funerals, as well as special church
events.
Their last concert was 13 years ago and this one promises to be extra
special with the addition of four hands on the piano selections.
Patricia Williams came to Prentiss from Bunker Hill as a young bride
in 1975, while June Harrison is a home grown lifelong resident.
They both attended University of Southern Mississippi, but did not
know each other until meeting inPrentiss.
Harrison had played the organ at the church since her high school
years. She worked at an insurance office for years before moving on to
work for a bank in Sumrall.
Williams taught music at Picayune High School for a year before coming
to Prentiss to teach and give private lessons.
“There will be times when we play a selection, and someone will tell
us to put that on their funeral list,” said Harrison.
“We always try to remember and play that song for them.”
“After working together for 38 years we can almost feel each other
breathe,” said Williams laughingly.
“If a situation arises we think so much alike we can fix it pretty well.”
The two both enjoy the same style music and have the the ability to
anticipate what the music director wants out of a selection during a
service.
Both feel the abilities they have are a gift and look forward to
continuing a great musical relationship in the future.
“I’m going to play as long as my eyes and brain work,” said Williams.
“I hope to be playing for a long time if my health holds up,” said
Harrison. “If it’s God’s will, He will provide a way.”
Prentiss Baptist invites all to come and be a guest and enjoy this
special concert.
For further information call the church office at 601-792-2277 or 601-433-3227.—