Coach A. E. Gray, a valued educator and mentor 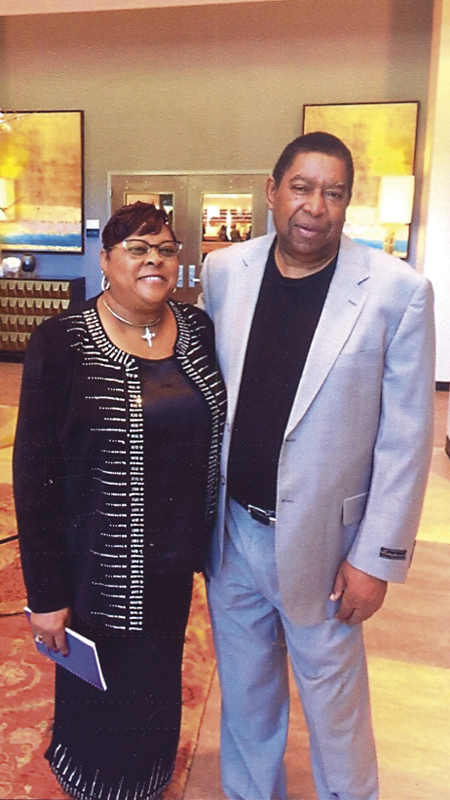 The Prentiss Headlight—Patricia and Al Gray met while they were both students at the University of Southern Mississippi. They were both teaching at Prentiss High School at the time of their marriage and have dedicated their lives to the children in Jefferson Davis County since.

“We need to do something to help children have a decent and
respectable life. There is something you can give. Give back to your
community and offer them something of yourself.”
That is the pattern of life that Coach Alvin Gray and his wife
Patricia have lived by for more than 44 years of his coaching,
teaching and mentoring in Jefferson Davis County.
Coach Alvin Gray and his wife both received their education from the
University of Southern Mississippi.
Gray received an athletic scholarship to USM. His father had passed
away at a young age and his mother was determined her youngest child
was going to get an education.
He was taught a good work ethic at home and has imparted it to his
students over his coaching and teaching career in the county.
Gray was one of the first black football players on a USM team.
It was at USM that he met Patricia and in 1972 he began coaching at
Prentiss High.
Patricia Gray, who came from a family of educators, taught math at
Prentiss for several years before serious health issues forced her to
retire.
She was also the first black community correspondent for The Prentiss Headlight.
Gray has kept up with school and community events since his retirement.
Until 2016 Gray served as JDCSD Parent/Community Coordinator.
He still visits the schools to encourage students to do and be their best.
Many former students have come to him to express their gratitude for
his teaching on and off the field.
Work ethics, courtesy and how to speak to and treat others were always
a part of his curriculum.
Though the Gray’s children have all grown and moved to Jackson where
the rest of the family resides, the couple has continued to stay to
watch over and encourage their beloved students in Jefferson Davis
County.
Gray’s dedication and personal involvement with the JDC children have
not gone unnoticed.
In 2008 the Prentiss High football field was named the A. E. Gray
Field in his honor.
For the past 10 years Gray has worked diligently to see that children
of the county and beyond have had an opportunity to attend the Al
Jefferson Summer Basketball Camp coordinating advertisement.
Even a neighbor’s children in Illinois heard about the camp and sent
the grandchildren to attend.
Mrs. Janice Cunningham, Chellie Payne, Mitchell Williams of FCA, the
Al Jefferson Summer Camp Organization and the JDC School District
honored the over 44 year legacy of Coach Alvin Gray at J.E. Johnson
Elementary School presenting in late 2018.
He was presented a Florida State Seminoles football helmet signed by
the Seminoles’ head coach Bobby Bowden, a crystal plaque for serving
the youth of the county and monetary awards.
This mild mannered educator set as his life’s goal to be an asset to
Jefferson Davis County students and is appreciated for his dedication
to the children.