‘We need Jesus and the A.F. Carraway store’ 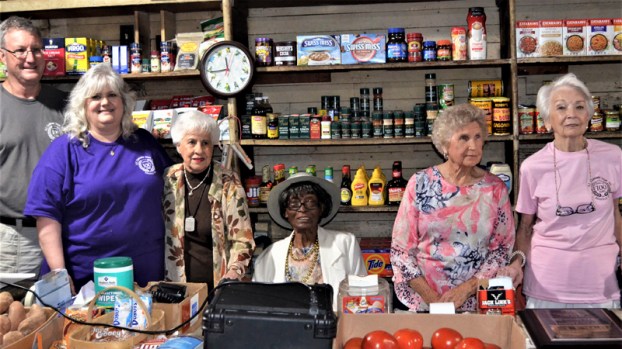 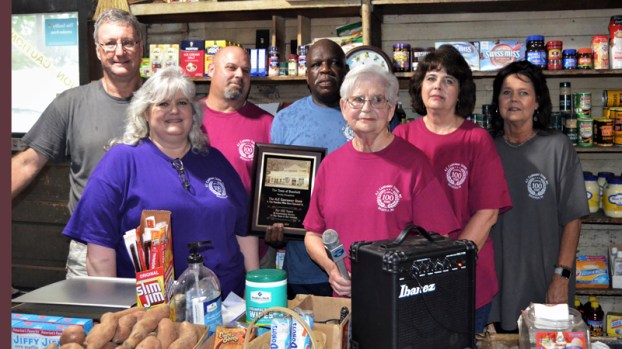 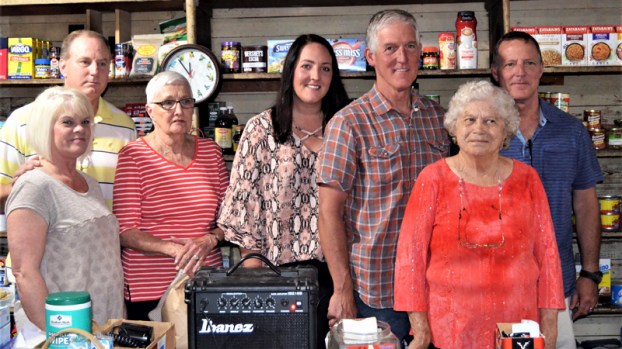 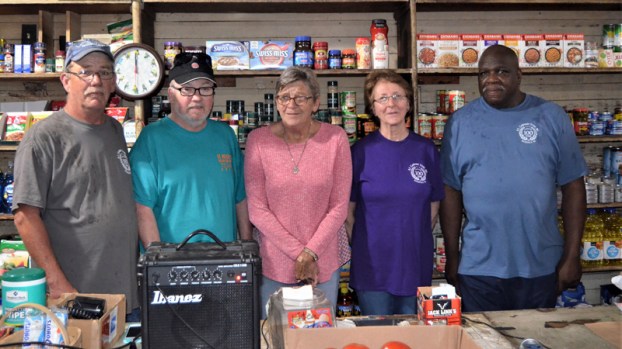 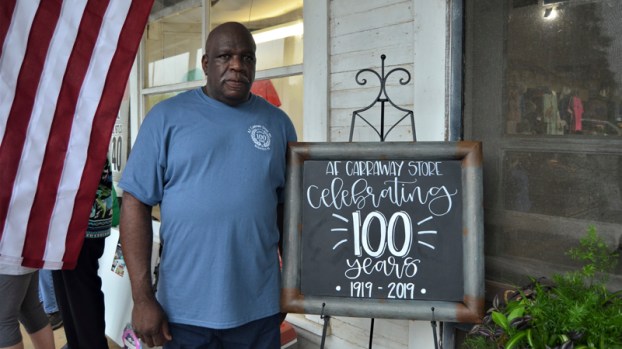 The Prentiss Headlight—A.F. Carraway Store in Bassfield celebrated its 100th Anniversary. Long time employee Wayne Brown carries on the tradition of his father as a long time valued employee of the business.

The A. F. Carraway Story marked its 100th anniversary by inviting its
former and present patrons as well as new friends to join them in a
time of celebration.
Several of its older customers were present including 95-year-old
Dessie Reese Lee Price who remembered trading at the store since
1944-45 and she is still a customer today.
“We bought flour in 10 lb. sacks for a dollar, 5 lb. bags of sugar was
50 cents and a small box of matches was one cent,” said Price.
“We came to town every weekend and waited in line to get our groceries
and whatever else we needed. When we checked out they were put in
boxes and carried out to the car. They didn’t have paper bags then. I
always said we need Jesus and A.F. Carraway Store.”
Wayne Brown began working for the business in 1984 and now shares
running the store during the week with Colleen Burns Powell’s husband
Ray.
He said his father Henry Brown raised 12 children working for the
Carraways on their farm and in the store.
“My dad enjoyed his work.” said Brown.
“They were family. We got everything we needed at the store from
groceries to shoes and clothes.”
Two of Brown’s nephews, Steve and Sylvester Buckner, worked at
Carraway and Brown, after working at the business full-time for years,
now works at the Jefferson Davis County Sheriff’s Dept. and Carraway
on his off days.
He remembers many of the “bench sitters” from when he was younger and
named Jack Hathorn, Noah Bass, Arthur, Simon Johnson and George
Duckworth, Marcelle Durr, Rebecca Berry and Annie Jane McNair.
He school bus drivers M.C. and Bill Thompson were there about every
day during school time and there were many more noting that it was a
popular place to pass the time of day.
Other customers expressed sentiments for the day.
“I know we bought more than 1,000 lbs. of bologna from Carraway while
we were growing up,” said Ricky Clark.
“When I was a knee-high young’un this place was busy, busy,” said Levastus Watts
“You couldn’t find a parking place on Saturdays,” said 83-year-old John Hathorn.
“When Neil Burns took over nothing changed. He gave the same good
service to the community that the Carraways had.”
Juanita Hathorn, 91, had a beauty shop across the street for years.
“Neil and I would be the last ones open on the street,” said Hathorn.
“I told him we closed Bassfield down every night.”
The A. F. Carraway Store was established by two Carraway brothers, run
by Gus Carraway and then by Neil Burns until his death and his
children now operate the business.
It has served the Bassfield area for the past 100 years with hometown
love and pride and continues to offer the tradition of service in
which it was begun.
Bassfield Mayor Pat Courtney presented the business owners with a
plaque of appreciation from the town and State Rep. Joey Fillingane
expressed appreciation for the hometown business.
Descendents of the Carraway family, the Burns family, former employees
and oldest customers present were recognized and Colleen Burns Powell
thanked everyone for their support down through the years.